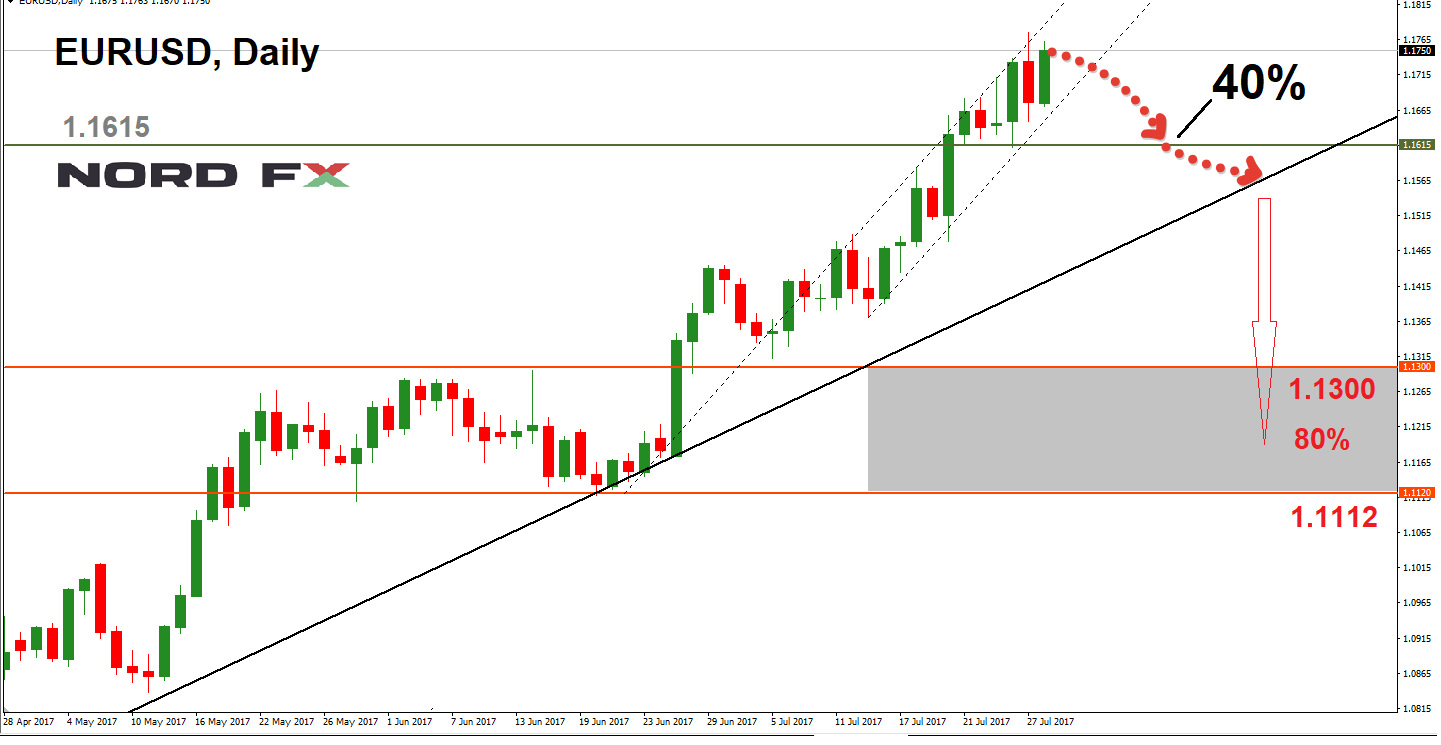 Summarizing the weekly review, it is worth recalling that the upcoming week will be filled with many events that traditionally attract the attention of currency traders. The beginning of the week from Monday to Wednesday will be devoted, mainly, to the data from the Eurozone. Thursday, 3rd August will be marked by a meeting of the Bank of England, and here the distribution of votes regarding interest rate changes will be of great interest. Recall that the number of supporters of rate increases is growing, and therefore certain surprises cannot be ruled out. And finally, at the very end of the week - on Friday, 4 August - US employment data (NFP) will be published, and judging by the forecasts (187K compared to 222K in June), they could apply negative pressure to the dollar.