Profits on transactions with basic currencies for April 2017


The graph shows the profit that an investor could have received in the Forex market, on just one transaction during April 2017, having opened the position on 1 April and closed it at the end of the month on 30 April.

High profitability would have been achieved if the transaction was opened in the right direction (sell, buy) and 100% of the deposit was involved, with the maximum leverage NordFX provides its customers with, namely of 1:1000. 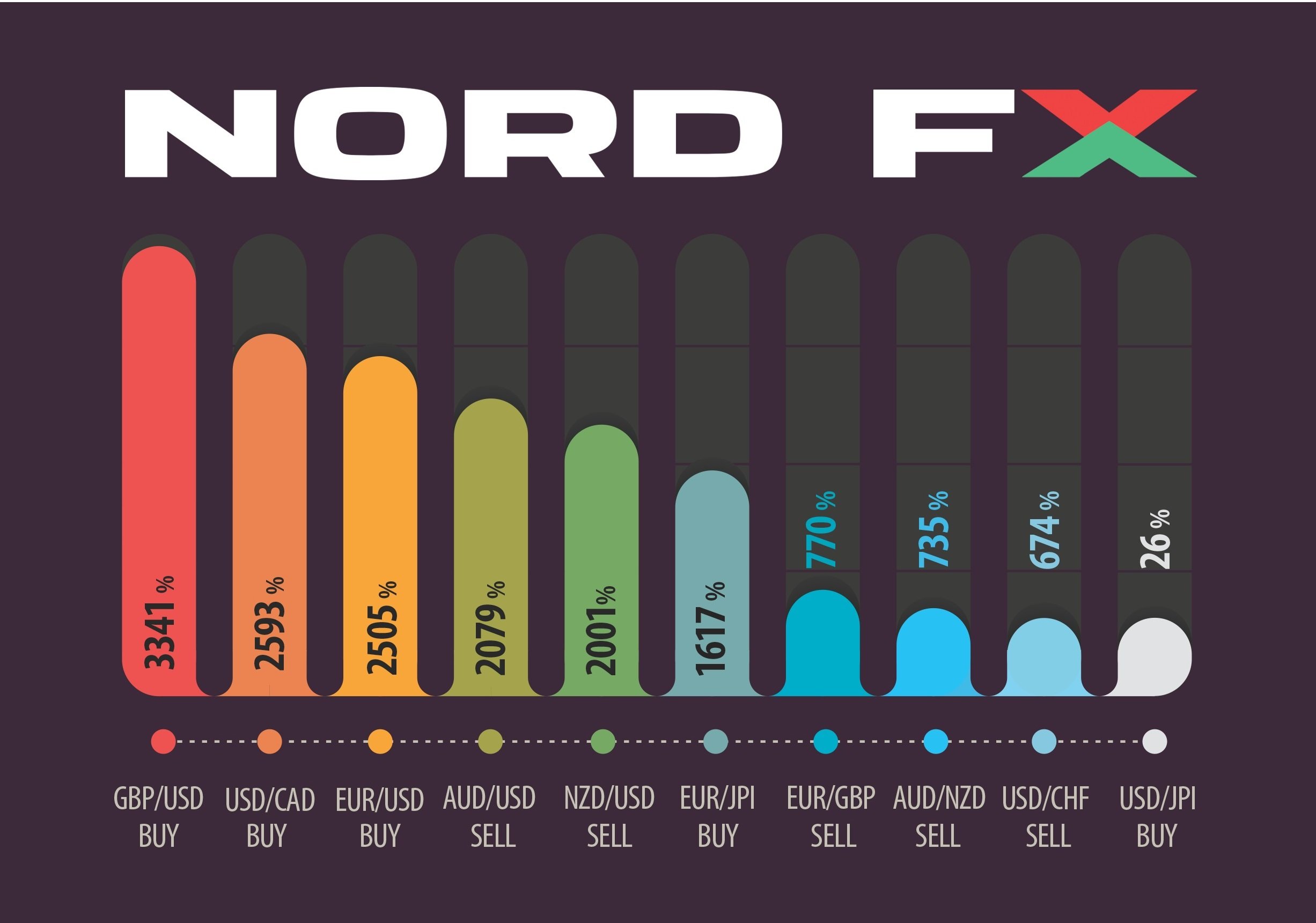 The weakening of the US dollar against the major currencies of the Old World made it possible to gain significant profit on transactions with the British pound (profit 3341% per month) and Euro (2505%).

On the other hand, in April we observed significant growth of the US dollar against the currencies of dollar-dependent countries; as a result, transactions with Canadian, Australian and New Zealand dollars also showed profitability of over 2000%.

Against the backdrop of its "colleagues" in the financial market, USD/JPY looks surprisingly modest: it reaped "only" 26% that month. (The word "only" is intentionally placed in quotation marks, since even such a profit is many times higher than the interest on bank deposits).

This is modest only superficially: if we look below the hood we can notice that the pair has a rather violent character that is more than capable of bringing investors a very high profit. If a trader opened a transaction to sell earlier that month, closed it on 15 April and opened a new transaction, this time to buy, April would have delivered a profit of 5500%.